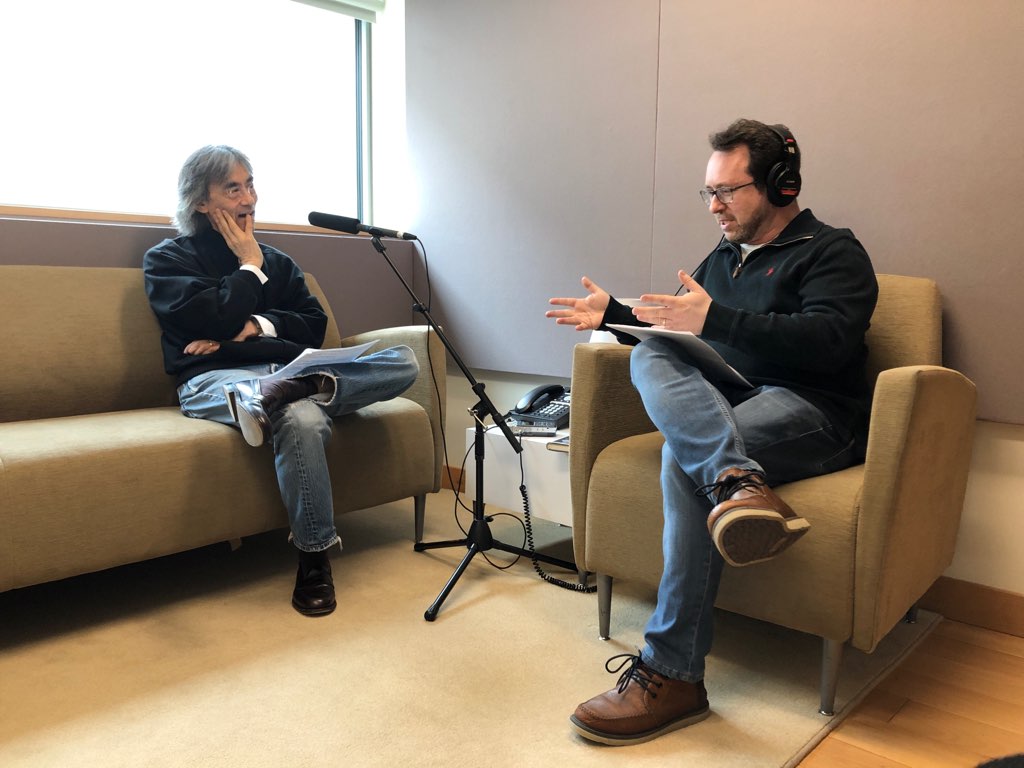 When I began working on this series of documentaries on Mahler’s symphonies many years ago, I couldn’t have known just how much the subject matter and the music would console me during such a momentous time. Listeners come to Mahler’s Second Symphony when they need comfort during times of great loss. I can’t imagine a more relevant time than now. As we collectively process the trauma of a global pandemic, there’s a release that comes from thinking of life and loss through Mahler’s musical lens.

Like Season 1, the creation of Season 2 was a voyage of discovery. The voyage began in 2017, when I conducted 12 hours of interviews about Mahler’s Second Symphony with Columbia University Professor Marilyn McCoy (who is now the “Musical & Historical Advisor” for our series). The next year I collected further interviews by traveling to Cleveland, Montreal, and Berlin to speak with orchestral musicians about their experiences with Mahler’s Second. More interviews were conducted from New York in the years that followed, as well as the voiceover of Mahler himself, portrayed by the exceptional actor James Lurie.

The final months of production were like a gigantic aircraft flying through the clouds, preparing to land after a long journey. The clouds start to disappear, and you get a brief glimpse of the ground below. At last the runway was in sight, and we came in for a smooth landing on July 7, 2021, just in time for Mahler’s birthday.

What is it about Mahler’s music that attracts me so strongly? The reasons are detailed in these programs, but there’s a comparison I think illustrates it well. In 2004 I went on a memorable trip to Helsinki, Finland. The Finns have a famous tradition of steaming themselves in the sauna, followed immediately by a quick dip in the Baltic Sea. I read about this tradition before my trip, and was puzzled by it. Why would anyone want that contrast so quickly? But if the whole country was into this practice, there must be something to it. And so, towards the end of my stay in Helsinki, I stepped into a roasting hot sauna, mildly cooked myself, and then tepidly made my way into the Baltic, neck deep. And then, unexpectedly, once I was out of the water, the most wonderful sense of euphoria overtook me. The contrast of the senses, so quickly, was wildly invigorating. For me, this is something along the lines of what Mahler does in music. By taking us to the extremes as only he can, by visiting so many aspects of human experience side by side, the listener comes away euphoric. I know I certainly do.

I decided to create a Mahler series in 2010, although how I would do it, or what it would be, I wasn’t sure. I read extensively about Mahler, made a trip to Vienna in 2012 to visit Mahler-related sights, and produced a short intermission feature on Mahler’s Second Symphony for a Carnegie Hall Live radio broadcast on WQXR. By 2015 I was ready to begin work on a long-form series, and conducted the first interview for Embrace Everything. Since then, I’ve recorded more than 50 interviews about Mahler, and there are many more still to be conducted.

One of the great pleasures in producing these programs has been the personal journey I’ve gone on to create them. I first discovered Mahler’s symphonies as a teenager, and as I’ve moved through life, my appreciation for them has deepened immensely. I’m not sure exactly when his symphonies became an obsession, but I do remember it became important to map out my Mahler concert season in advance, putting all the Mahler performances on my calendar and buying tickets well ahead of time. And as much as I adore these pieces, the research involved to create these programs took me much further into the music than I’d ever been. Diving into the interviews forced me to ask why Mahler made the musical choices he had. The next challenge was finding creative ways to put the interview material alongside the music, to marry them together in a way that made sense, and this brought me even closer to the sonic landscape Mahler had created. The four episodes in Season 1, on Mahler’s First Symphony, have had a lengthy incubation period, but it’s been extremely rewarding.

Aaron Cohen has worked for New York Public Radio for 20 years, in many different capacities, including his current role as Director of On-Air Operations. He’s an award-winning producer, and has created radio features for WNYC, WQXR, the Metropolitan Opera, American Public Media, and the Canadian Broadcasting Corporation. Before his life in radio, Aaron was a professional oboist.